The Isle is full of Noises

Susie reviews two live concerts she was lucky enough to go to recently in the south end of the island. Both very different in character and content, one jazz and the other Irish Traditional folk but both great examples of the live music experience that Skye has to offer visitors and residents all through the year.

‘Be not afeard; the isle is full of noises,
Sounds and sweet airs, that give delight and hurt not.
Sometimes a thousand twangling instruments
Will hum about mine ears…’
(Shakespeare’s The Tempest Act 3)

Shakespeare could be describing Skye! The island has a rich musical heritage and today it is home to a number of arts organisations and musical collectives that host a range of events through the year.

I go to a lot of live concerts, north, south and off the island but just recently I’ve been to two remarkable performances on Skye that were completely different; one collegiate and a ‘pop-up orchestra’ if you like, while the other has been crafted over a lifetime in music on a solo instrument but both demonstrated the quality of performance that I’ve come to love and expect when I go out to listen to music here. 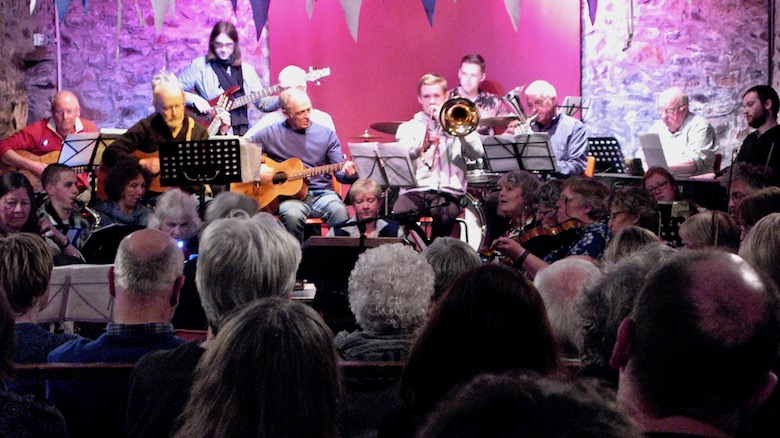 Rick Taylor is a charismatic and talented jazz musician-composer from South Skye and each year he hosts an Ensemble Week, bringing together amateur and professional instrumentalists to work together as an orchestra, culminating in a public performance at the end of the week. This year the orchestra featured a bank of fiddles and saxophones, trombones, horns, guitars, whistles, cellos, electric bass, full drums, pianos and a hammer dulcimer! 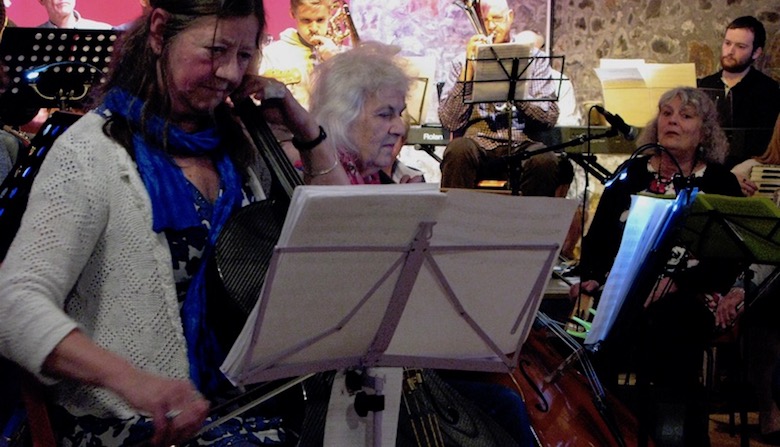 Such a broad range of instruments brings real depth to the orchestra, such warmth at the bottom end from the horn section and bass saxes, lifting and complementing the upper end of the orchestra, creating lilting harmonies and following surprising time signatures. It is a rollercoaster ride to hear them.

I go along every year because I love the music but there is a palpable air of excitement in the orchestra, many of whom have not played to an audience before. In addition to the orchestral music, Rick’s daughter Laura Taylor formed a choir from the Ensemble musicians and led them through 3 beautiful pieces sung in 3 and 4 part harmony. Under Laura’s leadership, the choral component of the five day course throws out an invitation to members of the local community to come and join in, so for the three songs we heard, the ensemble grew in number and voice. I got goosebumps, it was lovely. 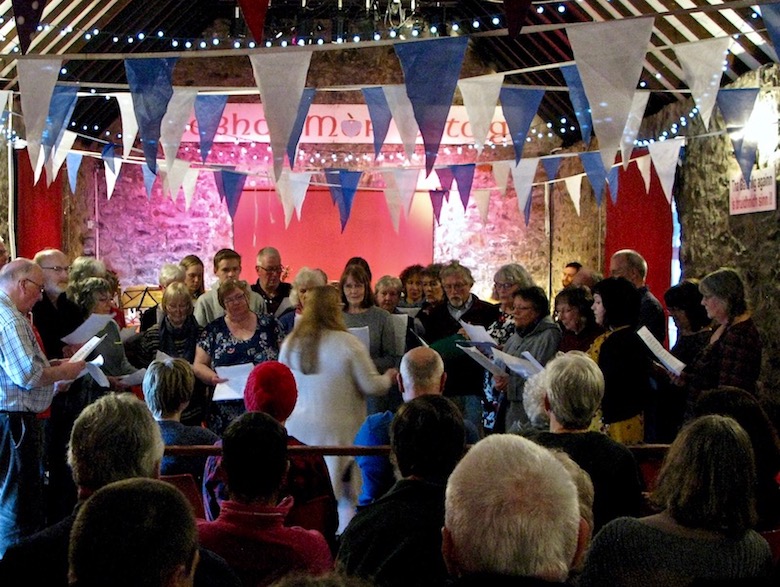 The musical programme was as varied as the instruments; African and samba rhythms, boogie-woogie, Glenn Miller, traditional jigs & reels and a waltz to name but just a few.

The other thing I noticed was that the numbers have grown year on year as the Ensemble week develops a reputation for being a unique learning experience, playing in an orchestra, collaboration, performance and loads of fun.

There are a growing calendar of music workshops, Feis and Festivals through the High-lands and whether traditional or other, it is through this sharing of the tunes, playing alongside and learning from others that the tradition is passed on and contributes to the general health of the wider Scottish music scene. 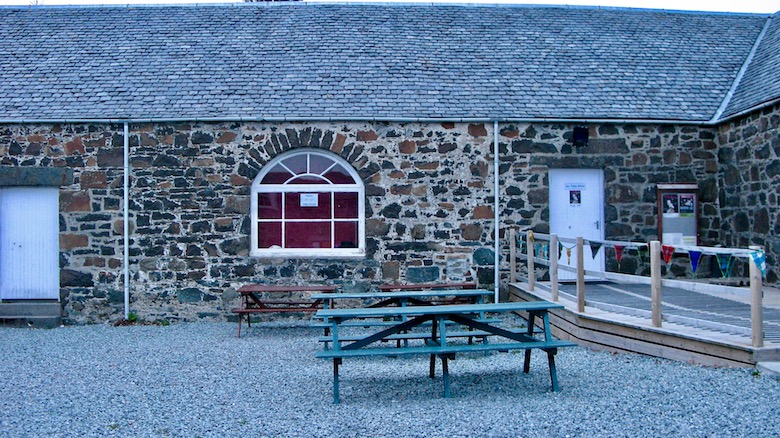 The other concert I went to was Andy Irvine, member of Planxty and Patrick Street. Surrounded by 4 instruments, Bouzouki and Mandola, guitar-bodied Bouzouki and guitar-bodied Mandola, he is something of a legend in the Irish folk tradition. The Talla Mor in South Skye is a small concert venue with a big heart and a bar which is more than up to hosting such a Grandaddy of Irish music! 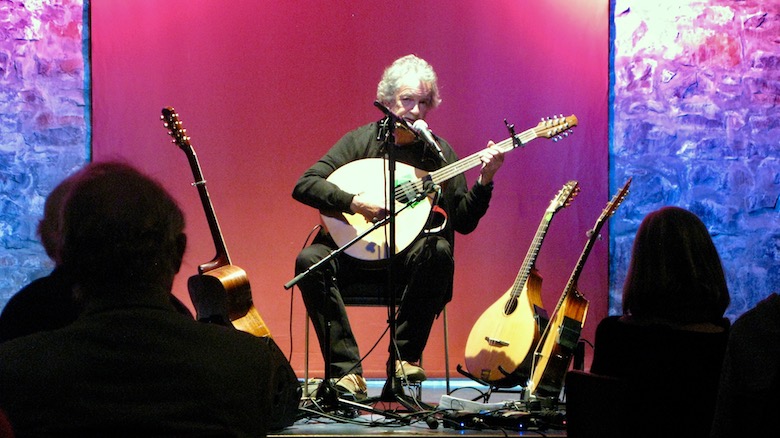 I have listened to Andy Irvine’s voice via the medium of vinyl, tape, compact disc and download since 1988 when I first heard of Planxty at our town’s local folk festival on the Kent coast. To sit in the audience on Skye and listen to him in the flesh was a big moment.

Traditional music concerts on Skye always come with a generous amount of craic, story-telling and warmth. The different venues around the island offer a quality programme of concerts throughout the year, attended by many visitors in the holidays and well supported by Skye folk. The two concerts I went to were both hosted by SEALL: Skye Events For All who are based in the south end of the island but other ven-ues are available!