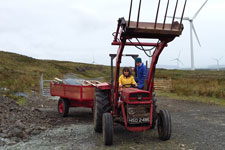 Spring flew by this year and the same seems to be happening with the summer, the cold winter, a wet early spring and then a long heat wave has turned the vegetation and wild flowers on their heads. It was a good year for the butterfly orchids and the recent rain after such a long period without rain has brought out the mushrooms, several weeks early.

One of the first things we did when we took on the croft 20 years ago was to plant trees. Every year we plant a few more to fill in the gaps. We are trying a small experiment in some of the areas where we planted hazel by coppicing the hazel itself and then planting oak in between, the idea being that as the hazel coppice grows it will push the oak up to give them an initial straight butt. The plan is to re-coppice the hazel every 5 – 7 years until there is a clear over-story of oak and under-story of hazel. 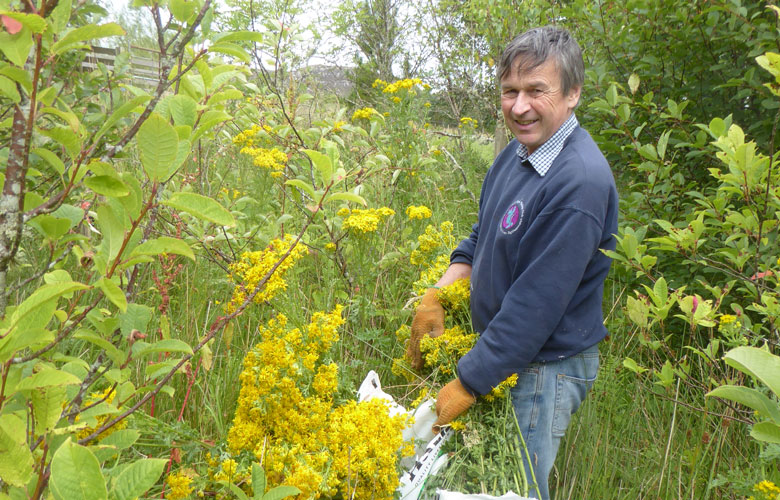 Late July sees the annual task of ragwort pulling. These bright yellow plants are poisonous to horses and other livestock. When we first took on the croft it was probably a couple of weeks’ work but now 2 days is generally enough.

A few weeks ago the common grazings committee completed a fencing project fencing the Edinbane hill – a substantial task as the hill is over 650 hectares. Unsuspecting visitors are often co-opted into work, collecting unused materials gives them a chance to try out their tractor driving skills. Half way through the fencing project we experienced a massive wild fire that came over the hill from a neighbouring township whose muir burn went out of control. Luckily no one was hurt or livestock lost. The regeneration and regrowth has however provided plenty of feed for the township crofters stock. 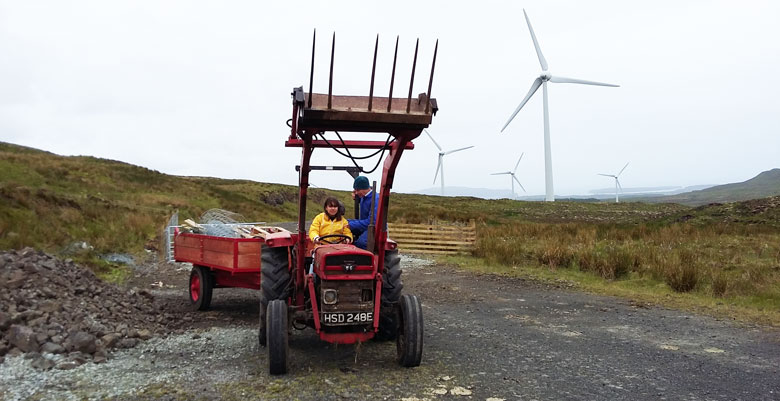 In the last couple of weeks we have been weaning our heifer “Baby sham” from her mum “Sham”, today Sham was out on the hill for the first time with the other cows fingers crossed we don’t look out in the morning + see her back on the croft! 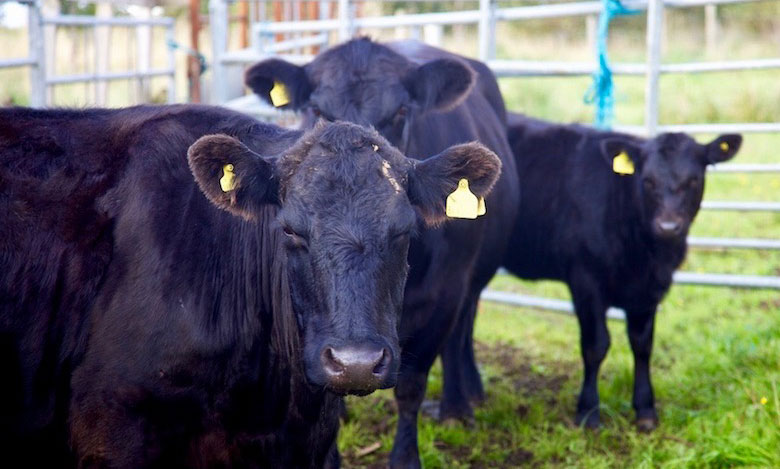