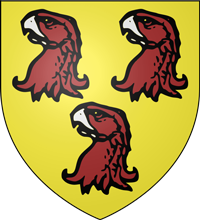 On a tiny island at the head of Loch Snizort Beag in the north of Skye lies “one of the most fascinating historical sites in Scotland.”

Surrounded by the waters of the Snizort River, Eilean Chaluim Chille or Saint Columba’s Isle, was once the principal seat of the Bishops of the Isles and the site of the Cathedral of the Isles, the centre of Hebridean Christianity for over 400 years until its destruction during the Scottish Reformation.

Scattered across Eilean Chaluim Chille are the mortal remains of the ancient Hebridean bishops; former members of local families; and the recumbent effigies of Crusader knights, displaying the weapons and armour of their medieval military might. 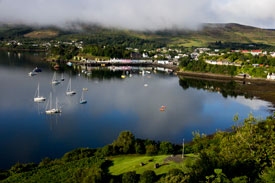 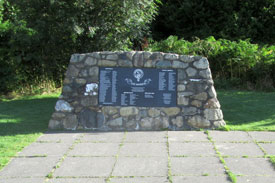 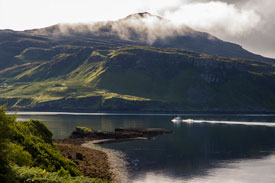 For over 800 years, this little island has also provided the tomb for 28 chieftains of one of the oldest Celtic Clans in Scotland who found their final resting place beneath the ruined chapel house called Aite Adhlaic Mhic Neacail, or Nicolson’s Aisle.

Like many of the Hebridean clans, the MacNeacails are thought to have come from Norse and Celtic stock. Originally from the Isle of Lewis, scant early records show the first chief John Mak Nakyl, or John Son of Nicail, fighting for control of the Hebrides alongside the descendants of Somerled against the Norwegian King of Mann. The MacNeacails supported the Scottish campaign for Independence of 1315 when they aided Edward Bruce, brother of Robert the Bruce, against the English during the invasion of Ireland.

At around the same time, a MacNeacail heiress married Torquil MacLeod and the MacNeacail’s ancient lands on Lewis were absorbed into the Lewis MacLeod estate. The male descendants, however, set up home at Scorrybreac House above Portree on the Island’s Trotternish Peninsula and this remained the clan's heartland until 1825 when the Clan Chief, Malcolm Nicolson, sold the lands to the Clan MacDonald and emigrated to Tasmania. During the Highland Clearances, many Nicolsons followed suit, leaving their ancestral home to pursue a life in the New World.

The current clan chief is John MacNeacail of MacNeacail and Scorrybreac, who lives in Ballina, New South Wales, Australia.

In 1987 the international Clan MacNeacail Federation bought the 130-acres of Scorrybreac ground (administered and maintained by Urras Clann MhicNeacail) and established a circuitous nature trail and a number of paths around Ben Chracaig, called the Scorrybreac Trails.

The return of the clan to their ancestral heartland has allowed members of this ancient extended family to maintain its strong links to Skye through clan gatherings and there remains a strong community of Nicolsons in Portree.